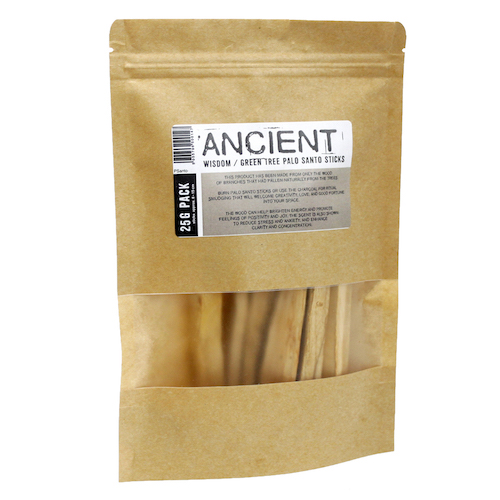 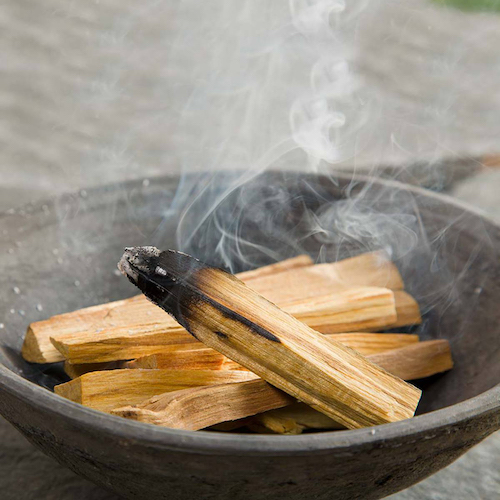 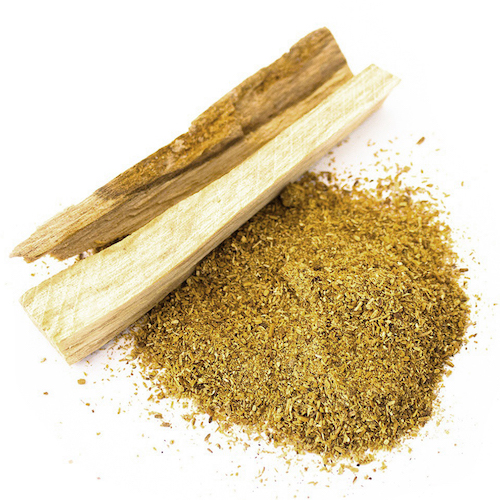 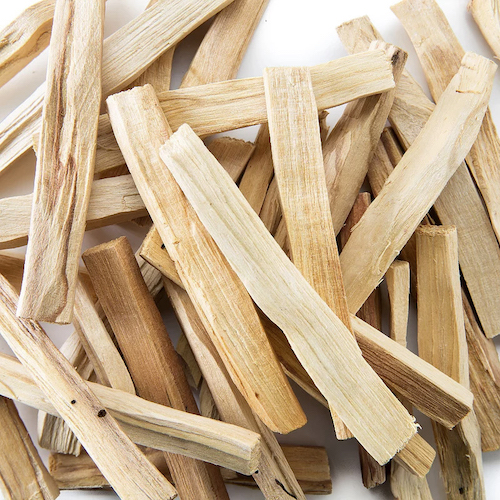 Palo Santo literally means holy wood and just as white sage which was predominantly used by native Indians in South America, Palo Santo was used by South American shamans who believed it had similar properties capable of resetting energy that was tainted by negativity or conflict. It is also known to neutralise issues before they ever start.

It was also used during ceremonies to clear the aura and to heal from negative influences. In Europe too, people choose to buy the holy wood to clean their homes or just for the fragrance in its purest form.

The fragrance of burning Palo Santo can be described as a warm, wooden and light aroma with a sweet touch that sometimes slip trough. In comparison with white sage, Palo Santo gives off a very mild odour. We can’t imagine anybody who wouldn’t be charmed by the pleasant and natural aroma.

This Palo Santo wood is originated from Peru and Ecuador and supplied to us after the check by the local government. These trees are very rare and therefore not cut down, its wood is taken only from the fallen trees.

There are no reviews yet.

error: Content is protected !!
Manage Cookie Consent
To provide the best experiences, we use technologies like cookies to store and/or access device information. Consenting to these technologies will allow us to process data such as browsing behaviour or unique IDs on this site. Not consenting or withdrawing consent, may adversely affect certain features and functions.
Manage options Manage services Manage vendors Read more about these purposes
View preferences
{title} {title} {title}